We’re absolutely thrilled about the ever-expanding Del Toro Moon universe! All your old friends—Matt, Perry, Ben, Javier, Rigo, Izzie, and Turk—along with some new ones, will embark on all new adventures in an ongoing series! Stay tuned for loads of exciting, magical stories. 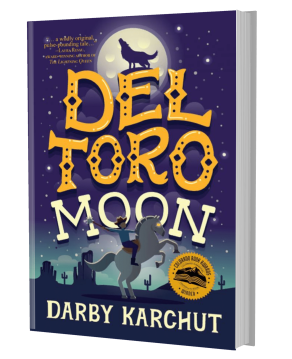 Ride hard, swing hard, and take out as many of those creepy critters as you can.

Twelve-year-old Matt Del Toro is the greenest greenhorn in his family’s centuries-old business: riding down and destroying wolf-like monsters, known as skinners. Now, with those creatures multiplying, both in number and ferocity, Matt must saddle up and match his father’s skills at monster whacking. Odds of doing that? Yeah, about a trillion to one. Because Matt’s father is the legendary Javier Del Toro—hunter, scholar, and a true caballero: a gentleman of the horse.

Luckily, Matt has twelve hundred pounds of backup in his best friend—El Cid, an Andalusian war stallion with the ability of human speech, more fighting savvy than a medieval knight, and a heart as big and steadfast as the Rocky Mountains.

Those skinners don’t stand a chance. 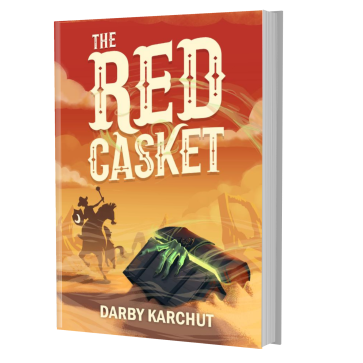 For four hundred years, generations of the Family Del Toro and their battle-savvy warhorses have secretly guarded their corner of Colorado from savage packs of hairless wolf-like creatures known as skinners. Now that those meat mutts are locked away, twelve-year-old Matt Del Toro and his father and brother are hoping to live a more normal life.

Normal isn’t going to happen. Not when a mysterious woman with some wicked witch powers shows up at the Del Toro ranch and demands the return of the Red Casket—a medieval iron chest that contains something best kept under lock and key.

With his family in danger, Matt must team up with his best friend Perry, and the warhorses Rigo and Isabel, to out-wit, out-ride, and out-fight one Viking-size sorceress.

Sign up for Owl Hollow Press’ newsletter to stay in the loop about all things Del Toro Moon and Darby Karchut. 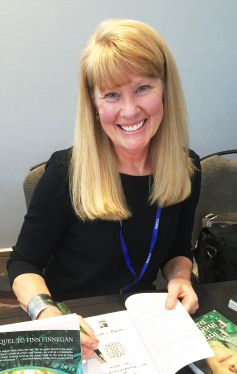